Will Google Fonts Ever Be Shut Down?

The Google Fonts service has been immensely popular with web designers ever since it first launched in May of 2010. And for good reason. There are no accounts to sign up for and no monthly fees like there are with other web font services. Just add a single line of code to your website and you have at your disposal a huge selection of free fonts that display beautifully on screen.

But all of this begs the question: why is Google in the fonts game? What do they have to gain by hosting fonts for millions of websites for free? Is Google in this for the long haul or will Google Fonts eventually end up in the dreaded Google Graveyard? 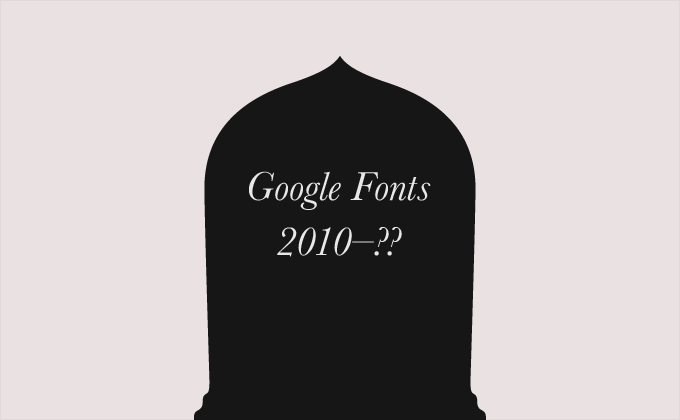 Will Google Fonts end up in the Google Graveyard?

What’s in it for Google?

It can’t be cheap to serve fonts on this kind of scale. To date there have been over 2.6 trillion pageviews using Google Fonts. Sure, the fonts are oftentimes cached in the user’s browser but that is still a lot of requests and a lot of data being transferred. A trillion is a big number, even for a company like Google. 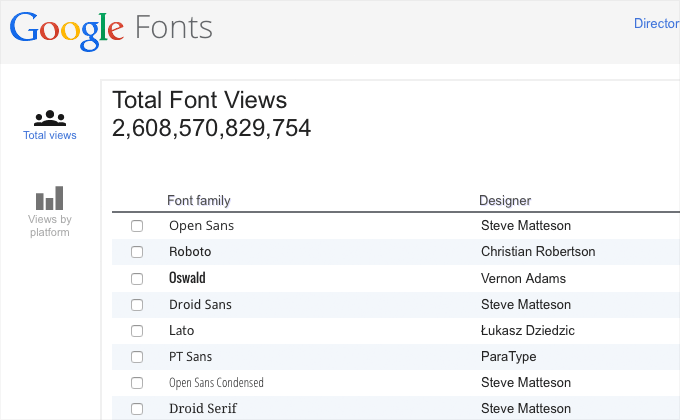 I’ve heard people compare Google Fonts to other Google products such as YouTube and Google Maps—the cost of serving fonts is nothing compared to the cost of serving large image and video files to hundreds of millions of people. However, there is a huge difference here. Both YouTube and Google Maps are monetized through advertising. I really can’t fathom any way Google could use that type of monetization strategy with Google Fonts.

And it’s not just the server costs. Google must surely devote engineers to maintaining this project. Every resource they devote to Google Fonts takes away from other potentially more profitable areas of their business.

Why Did Google Start Google Fonts?

I’ve heard several reasons as to why Google started their fonts service in the first place. Google thinks differently than other companies so sometimes it’s hard to really know what their true intentions are. But here are the most compelling explanations I’ve come across.

Back when I first started doing web design professionally in 2001, it was common to use image files instead of HTML text on websites. Headers, navigation and buttons were almost always graphics created in Photoshop. This slowly became less common as the years went by but really started to die out once web fonts came on to the scene around 2009-2010 (although Apple still uses quite a bit of images for text on their site). 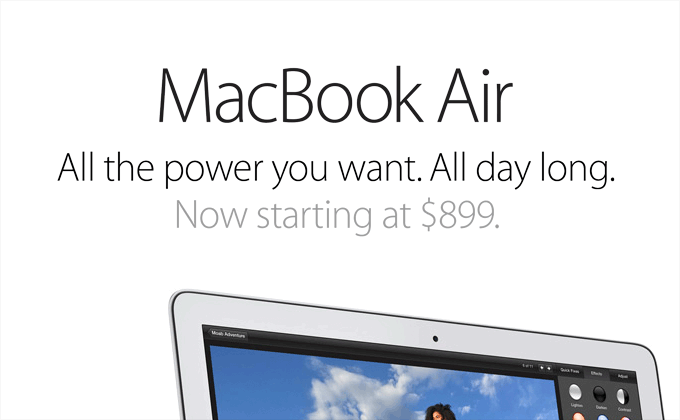 An example of Apple using images instead of text.

The use of images in place of text is obviously bad for many reasons. Requiring a designer to open up Photoshop in order to tweak the copy on your site isn’t an ideal workflow. But for Google this is especially bad because they can’t index content if it’s inside an image.

Search is the bread and butter of Google. Improving search will significantly improve their core product. And the better their product is, the more people will search on Google and click on their AdWords ads. This seems like a pretty clear way for Google to increase their revenue.

However, the web was already heading in this “don’t use images for text” direction and although I’m sure Google Fonts played a role in speeding up that process, I feel like this goal has already been achieved.

Even if Google Fonts went away today, I still couldn’t imagine web designers switching back to using images in place of text as it’s now considered a terrible practice in modern web design. CSS3 can now accomplish text effects that used to require Photoshop and with high-density retina displays becoming common, the ability for text to scale is more important than ever.

So therefore I can’t really see this reason as a driving factor for Google continuing the service going forward. Images are no longer commonly used in place of text and that won’t change with or without Google Fonts.

Reason #2: The Caching of Google Fonts Improves Other Google Products

The key here is that if sites are using the Google Fonts API, it will eliminate repeated downloads of the same font files. If a user visited 10 different sites that were self-hosting Open Sans, the font files would be downloaded 10 different times. However, if the 10 sites were using the Google Fonts API to embed Open Sans, then it would only need to be downloaded once. As more sites use Google Fonts, this cross-site caching will significantly reduce download times, not just on Google products, but on all sites.

On a typography forum I frequent, there seems to be the common sentiment that Google Fonts was created with nefarious purposes in mind. And given Google’s somewhat sketchy history of adhering to their “don’t be evil” policy, it’s hard to blame them. Google is a company built around collecting data. Their goal is to organize all of the world’s information. And that includes information from you. Having millions of websites using their fonts gives them access to untold amounts of data. 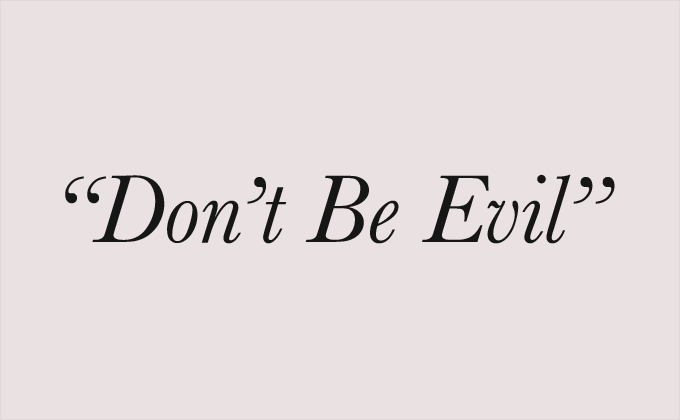 Was Google Fonts created with nefarious purposes in mind? Probably not.

That being said, I find this reason to be pretty unlikely. Google has a clear privacy policy outlining what data they actually collect when they serve fonts. It doesn’t appear that they use this data to target ads to visitors or anything along those lines. And I can’t imagine that knowing how many websites use Open Sans has any direct financial benefits. That data certainly couldn’t justify maintaining an incredibly large server infrastructure that powers trillions of page views.

If that kind of data was that valuable to Google, then I have a hard time understanding why Google Reader was shut down. Surely data about what blogs people read is more valuable than data about which open-source fonts websites use.

But again, this is Google so who knows. If collecting data is a driving factor, then I wouldn’t even be able to begin to fathom why.

Update: Aral Balkan pointed me to an interesting article about the privacy concerns with Google Fonts being automatically embedded on the backend of the latest versions of WordPress.

Reason #4: What’s Good for the Web is Good for Google

Two Google engineers give an in-depth talk on all things Google Fonts in this hour long video.

I like this reason but it just seems like such a lofty and difficult to measure goal. “Look how gorgeous Open Sans looks on this website! Next time I do a Google search I’ll be sure to click on more AdWords ads!” How on earth could you measure that? It’s such a roundabout way of doing things and seems like it would be hard to justify to management, especially now that Google answers to shareholders.

Default system fonts work just fine for displaying text so I have a hard time believing people would actually use the internet less if Google Fonts didn’t exist. However, Google is a unique company and indeed invest in other projects such as the mysterious Google X that I’m sure are way harder to justify to shareholders than a fonts project.

So out of all the reasons, I’d have to go with this one being the most likely reason for Google providing their web fonts service.

Even if Google has good reasons today for maintaining Google Fonts, it doesn’t mean it won’t go away in the future. The beloved Google Reader service was shut down last year and there have even been rumors of Google+ being on the chopping block. Other axed Google products include Google Bookmarks, Google Health, Orkut, iGoogle, Google Buzz, Knol and Google Wave. 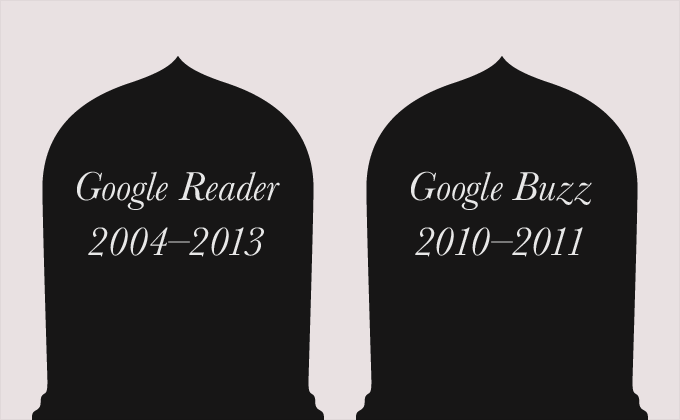 I doubt anyone misses Google Buzz but Google Reader was much loved.

Also a few weeks back, Google completely removed authorship photos from search results with little warning. If you search for something CSS related you’ll no longer see Chris Coyier’s face. And if you search for something web typography related you’ll no longer see my face. This was a little annoying for me because it was a hassle to implement the authorship photo and removing it hurt my click through rates for Typewolf.

All of this shows that Google has no problem pulling the rug out from underneath people using their products. If something doesn’t fall in line with their business objectives, it can be killed off at any time. Yes, their products are free (for the most part) which is great, but the fact that they can disappear at any time is a little disconcerting.

What Would Happen if the Service Shut Down Tomorrow?

Would the entire internet break without Google Fonts? Not at all. When Google pulled the plug on Google Reader, I could no longer access my RSS feeds on my iPad. If Google killed Google Fonts we would suddenly see a lot of Arial and Times New Roman but that’s about the worst of it.

Designers and people who appreciate typography would probably be upset but the average person might not even notice anything different. Defaulting back to standard system fonts wouldn’t be the end of the world. The web has worked just fine without web fonts since it was invented in 1989 and would continue to work just fine without them going forward.

And if we didn’t have the Google Fonts service people could still download the fonts and host them themselves. All of the open-source fonts will still remain open-source. It’s easy to make your own self-hosted kit using FontSquirrel or else purchase a commercial font through MyFonts or FontShop—not to mention the numerous other font hosting services to switch to such as Typekit (see my typography resources section for a complete list). And there are plenty of other free fonts available on sites other than Google Fonts.

So What Does the Future Hold?

The fact that Google Fonts is still around proves that Google must currently be getting something out of it to make it worth their while. Whether it’s improving search through less text-as-images, having more fonts cached to improve the UX of their other products, collecting data and doing who-knows-what with it, or else just making the web better and having it come back to them someday, there must be some benefit.

But will it exist in one year? What about five years?

For me personally, it just feels strange to see Google in the font business—they are a tech company, not a type foundry. As a user of the service, I really hope the project continues, but my fear is that someday an executive at Google will decide Google Fonts no longer contributes to their core business objectives and it will suffer the same fate as so many other Google products. Let’s hope that day never comes.