Cortado Script is a brush script typeface designed by Ben Kiel and Jesse Ragan in 2014. The design was inspired by the hand-painted lettering of Cecilia Carlstedt. The font includes lots of nice OpenType features which make the typeface feel like real hand lettering—intelligent connections are added to match the rhythm of handwriting and alternate glyphs are automatically swapped in for repeated letters. 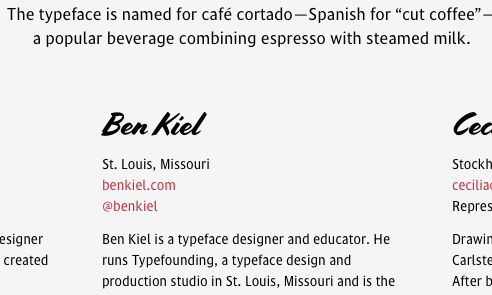