Questa Sans is a sans-serif typeface designed by Dutch type designers Jos Buivenga and Martin Majoor. It was released in 2014 as part of the Questa superfamily which includes Questa and Questa Grande. Questa Sans is unusual for a modern-day sans-serif in that the design essentially takes the serif version of Questa and chops off the serifs. The first sans-serifs, such as Akzidenz Grotesk, were actually created in this manner as there were no existing sans-serifs to base the designs off of. Questa Sans also includes true italics rather than sloped obliques like most other grotesques, making it much more suitable for setting text. 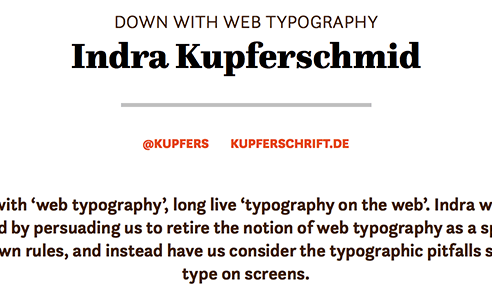